[Verse 1: The Stupendium]
Hi again, I’m Gabe N
A fan of shooters, wizard of computers
And a handsome man!
Your grandfather used to blather
‘bout him a thousand years ago
Wasn’t easy, keeping busy
Every season brings another reason not to make a game!
Oh, why bother, just another
Wasted day in studio

[Verse 2: The Stupendium]
I had it all but tried new things, true
It didn’t get us very far
Between controllers and machines, you
Still picked a rusty ol’ crowbar!
Nobody sees beyond my charming self
A soul that’s never truly free
So, just for once, forget the summer sale
And give it up for Half-Life, Alyx

[Verse 3: Ellen McLain]
Well, here we are again
Except we’re long forgotten
My circuits niggling up
And down my spine
He said it’s worth the wait
His weight keeps pressing harder
But Alyx gave us hope
We’ll rise and shine!

[Bridge: The Stupendium]
The numbers are intimidating
It’s hard to give a fresh new start
When everyone’s anticipating
Another masterpiece of art!
If this machine keeps playing dead, we
May end up on the other side
So hold on to all your hats, let’s
Show ‘em a triple-A done right!

[Verse 4]
The valve’s been stuck
Corroded by the money
But after many years
We can’t believe the
Engine started running
This time he’s bound to count to
Three!

[Outro: Ellen McLain, Gabe Newell]
This is GLaDOS
The Chalkeaters are my friends
Subscribe to The Chalkeaters!
One, two
Thank you and have fun!

This is the end of Count To Three Lyrics. If you find any mistake in the lyrics of this song, then let us known by filling the Contact Us form with correct Lyrics. 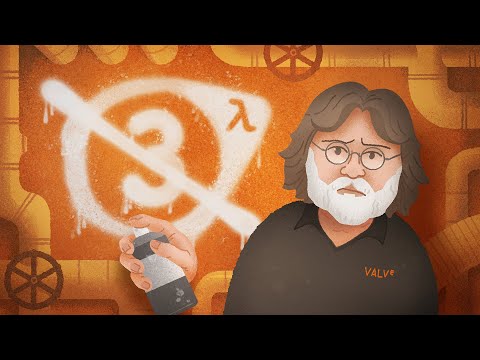